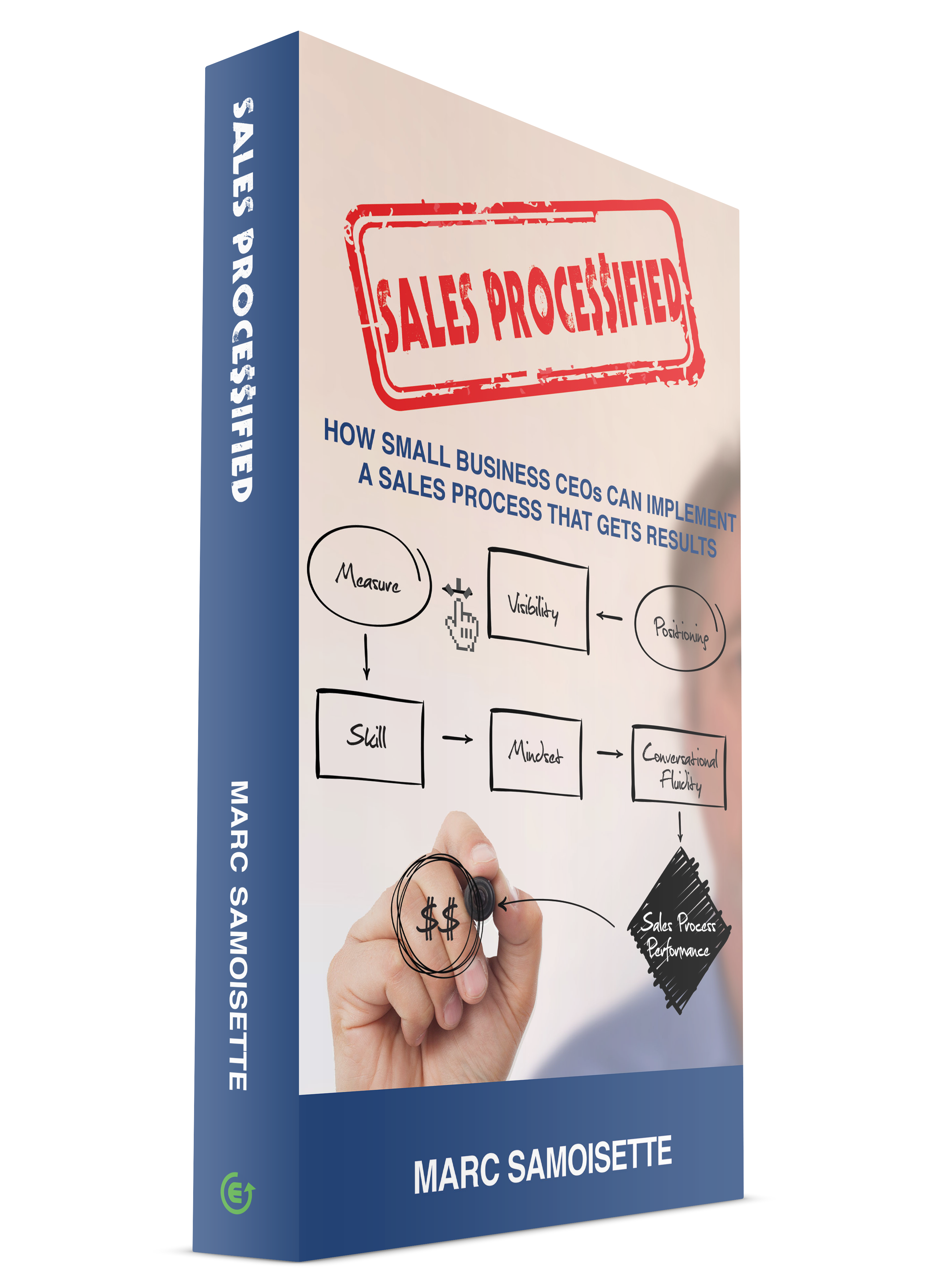 
In a complicated sale where many people influence the outcome there can be 10, 15 or more critical things that must happen for the sale to advance. Just because there was a demo to a manager doesn’t mean we are at step 3 (just for arguments sake). It could be that this manager has very little influence for the overall selection of the product. Just because we submitted a proposal, which could be step 4, doesn’t mean that we have advanced. It could be that the proposal is used to populate column B of the evaluation spread sheet.


The middle is really the cumulated experiences of past successful sales. Each market we sell into will have a different set of factors, some more important than others and some which are a must for the sale to come to a close.


What does this middle look like? Well, here is a hypothetical list of things that need to happen but not necessarily in sequence. I only listed five to give you a sense but in reality you should have 10 to 15, sometimes more.


As you can see from this partial list some elements are more important than others. What’s important is that as many of those factors happen, especially the important ones. The more that are positive the better chance of closing the deal.


So what have we done here? We’ve replaced perception with facts. As a CEO I would be much more comfortable with this. What’s more, I would be able to answer questions at my board meeting because I will have at my fingertips which critical elements were positive and which weren’t.   It’s much easier to be able to answer what we need to do next to secure the business which shouldn’t be much by the way. Not only that, but as a CEO I will be able to get a sense of where my sales force needs help, where I could direct my marketing effort,  and a whole slew of other things in order to
get my sales up.


Facts can be organized in a database and sliced and diced as you wish. But the list of critical factors must be accurate, valid and tested beforehand.

I began my training with Marc at a time when my start-up had an excellent product, but no real, scalable and repeatable sales strategy. I had no idea how we would maintain growth after I had picked the low-hanging fruit in my existing network. Now, I know exactly where I'm going, and can follow my new roadmap with confidence.

Marc has helped us get our business in top gear by getting us to focus on target markets. We are now in a position to chose our clients. Marc's selling techniques work great, our business is growing beyond what we thought possible and he helped us solve a multitude of issues we were having internally. I highly recommend Marc as a coach.

After working with Marc and by implementing some of the processes he coached me on, my focus increased dramatically and as such my revenue more than doubled. If you're looking to increase revenue I strongly recommend Marc as a coach no matter what your field of expertise is.

Marc has a great background in Sales for over 30 years, and has helped us build our entire operations in Canada from planning to execution, we have seen amazing success following his advice.

Marc is an incredible business coach. His creative approach lies in implementing simple but effective techniques to achieve greater sales. He has helped me gain invaluable knowledge and confidence to achieve results. His coaching will definitely benefit business leaders wanting to reach the next level.

By using just a few of the strategies taught by Marc, know exactly where I want my business to go, who my ideal clients are and what I need to do to gain more clients. I now can better define what I offer my clients and the results I provide, in a more tangible way. I have already signed up 2 new clients! Marc is extraordinarily committed to providing amazing value.